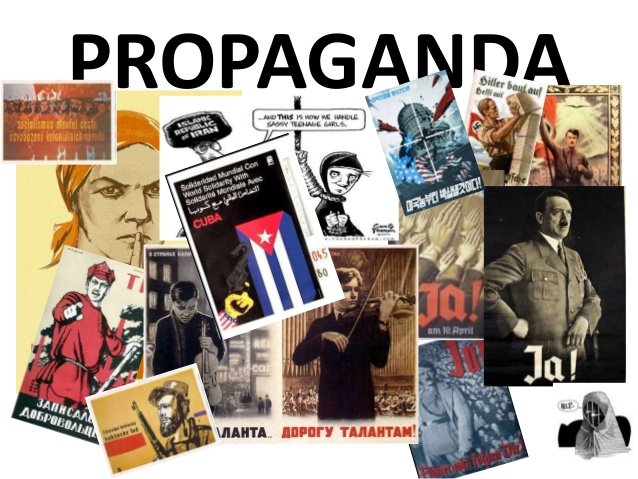 Several decades ago, when I was working on my undergraduate degree, I took the class “Introduction to Logic.” It was a large auditorium math class consisting of terms that were completely foreign to me and mathematical equations that I had never seen before.  To make matters worse, the class consisted mostly of using a computer software to solve the equations. This may sound normal for someone today but considering that this was a time when most of us barely knew what a computer was, the task was daunting.  You would have to go to a specific computer lab at the university and sit there for hours trying to solve the problems.

It was hard. Virtually every student felt lost and had no clue about what was going on. I remember the professor telling us not to fret, that we would eventually “get it” if we tried to look at things from different angles and that once we got it, everything would make sense.  I’m pretty sure I glared at him when he said that.

Then it happened.  One day, as I was almost on the verge of tears staring at that black computer screen with white letters that made no sense at all, it all came together.  It was like one of those “magic pictures” from the late 80’s that made no sense until you squinted your eyes and suddenly a picture came into focus that revealed something completely different. I had finally gotten it.

I am constantly reminded of that experience as I think about what is happening in our country today.  We have half of our population outraged because they see what has been happening with our government, our society, the handling of COVID, the fraudulent elections, and the corruption of the Propaganda Media, among other things, while the other half has no clue. They just don’t get it and most don’t even know how different the real picture is from the jumbled chaos that the Left has created.

This has happened because the Propaganda Media orchestrates the thoughts and reactions of that segment of the population which has no interest in learning the truth about anything so long as they feel virtuous or good. This is, in fact, the very definition of propaganda and why it has been used by extremist, violent, fascist, and communist regimes throughout history.  Most of us can recognize it when we see it as a slogan on a 20-foot tall red poster in the middle of a town square in the Soviet Union or in China, but we can’t recognize it when it is in 12 point font in front of us in a computer under the banner of some previously venerable news organization.

For those of us who can get the picture, with plenty of supporting evidence, it is maddening to see so many people be so absolutely clueless.  What’s more, many times it is the clueless who think that they are arguing with “facts” when they cite the very Propaganda Media which is hiding, lying, and embellishing the real facts in order to create the support for their preferred party (Democrats) and obtain the outcome they seek.

The recent past has presented many instances of how the Propaganda Media works so hard at disinformation.  I have mentioned a few in my previous blog posts:  how the media has ignored the crisis at the southern border, the Governor Cuomo sexual harassment scandal, voter fraud, censorship in America, the scandals at BLM, CRT, adverse vaccine reactions, the fuel crisis, and inflation, just to mention a few. It was the media’s dishonest reporting and disinformation campaign which helped them defeat President Trump and which continues to help advance their perverse agenda.

And when they are not lying, embellishing, or obscuring the facts, they are right out hiding them.  This week provided us with an excellent example.

For those who don’t know, thanks to a Freedom of Information Act request by Buzzfeed, thousands of Dr. Anthony Fauci’s emails since the beginning of the COVID plandemic were made public.  The information coming to light was astounding although, for many of us, not surprising.

Among the many things that came to light the emails revealed that Fauci was aware that the COVID-19 virus was likely man-made or at least altered in the Wuhan lab and yet attempted to cover-up that fact as well as the fact that the virus was likely leaked from that lab.  It appears that the cover-up was to hide the fact that Fauci himself had directed U.S. taxpayer money to help fund similar studies in the same Wuhan lab, perhaps even the one that led to the COVID leak in particular. The emails also revealed that Fauci was thanked by a scientist working at the Wuhan lab for downplaying the possibility of the leak.

This situation alone should be enough to have the man removed from his position as the highest paid bureaucrat in the United States, but that was not all.  According to the emails, Fauci also knew early on that masks were completely useless against this virus and yet he continue to promote the mask theater which has so divided our country.

Also, for reasons still unknown, Fauci consulted regularly with people like the computer-nerd-who-is-not-a-doctor Bill Gates and Facist Book’s Mark Zuckerberg who reached out to Fauci to “help get the message out.” This “help” eventually led to censoring anyone who questioned the official party line that Fauci and other leaders dictated.

More alarming still, the emails showed that Fauci knew back in March 2020, at the very beginning of the plandemic, that hydroxychloroquine helped combat COVID. If you will remember, this was about the time that President Trump made the statements about the benefits of this drug only to be subjected to mockery and attacks by the media and other pseudo-scientists.  Some, like the Democrat governor of Michigan even banned the use of hydroxychloroquine to treat patients.  As all this unfolded, Fauci remained silent, allowing the media to discard one of the few drugs that could have helped thousands of people.

How many lives were lost because Fauci and the Democrats refused to acknowledge the benefits of hydroxychloroquine? How many businesses would still be open, people employed, lives close to normal if only the mask theater and the social distancing hoax had not been promoted by Fauci, et al?  How many children would not have committed suicide?  How many would not have died of overdoses?  How much strife could have been avoided if only people had known the truth all along?

What’s worse, these were not mistakes; these were intentional actions by a man with little regard for human lives, who put his reputation and powerful interests before the lives of Americans. And yet, this man is idolized to the point of adoration by the Left as some kind of demigod, rather than the overpaid bureaucrat he really is.  In a different era, Fauci would have been dragged into the public square and hanged from the tallest tree.  Instead, Leftists are hiding his crimes or making excuses for his behavior.  It goes to show that Democrats don’t care about the human lives lost, either:  they just care that the mean Tweeter that they so abhor was removed from the White House in part thanks to the fraud of Anthony Fauci.

As if all this wasn’t bad enough,  most Americans won’t even get to ask themselves the questions above because they simply have no idea about any of the Fauci emails that have just been released.  On the night the story was revealed (6/2/2021) and after it had been in the public domain for at least 12 hours, I browsed through most of the Propaganda Media to see what they were covering. This is what I found:

MSNBC’s top headline read “Trump is preparing to unleash his most powerful weapon again.” The second headline “Israeli opposition parties reach a deal that would oust Netanyahu after 12 years in office.” I scrolled down and found absolutely nothing about Fauci and his emails.

ABCNews’ top stories talked about 15 people charged in a frat pledge’s death, Netanyahu opponents reaching a deal, marijuana legalization, a man pleading “guilty” in Capitol riot probe, and a trainer suspended from Kentucky Derby.  There was even a story on “how to ease pet anxiety as you head back to the office” but nothing on Fauci’s emails.

CBSNews’ main story was about Biden meeting with GOP Sen. Capito, nothing on Fauci’s emails.

Huffpuff’s top headline read “KAPUT! TRUMP BLOG FLOPS, followed by a story against Netanyahu and another against Sen. Hawley.  Again, nothing on Fauci’s emails.

New York Times’ entire page was about “Netanyahu is on verge of being ousted as opponents agree on coalition.”

CNN’s main headline read “How QAnon sows community discord,” followed by a number of minor anti-Republican stories.  Interestingly, only CNN made ANY mention of the Fauci emails, but it did so in the same fashion as Buzzfeed:  to remark on Fauci’s “demeanor” as he carried the “burden” of dealing with COVID.  Oh, the poor man!

As a side note, does anyone remember CNN ever writing a story on how BLM, Antifa, or the Democrat Party itself “sows community discord”?  Me neither.

While FoxNews did mention the Fauci emails, including an excellent summary by Tucker Carlson, the ONLY media which extensively reported on the emails was the foreign press, specifically the British press such as the BBC and the Daily Mail. What’s more, not a single “reporter” dared to ask any questions about Anthony Fauci’s emails during the White House briefing.  It’s as if it never happened. Just like there isn’t a crisis at the border, Andrew Cuomo hasn’t sexually harassed multiple women, Biden has no cognitive challenges, and Ralph “Coonman” Northam didn’t wear a KKK robe in college.

Since we know that most Leftists, in their extreme close-mindedness pride themselves on never, ever, watching FNC, what are the chances that the average Democrat will ever know about the Fauci emails?  Probably close to zero.  And even if they do, how many of them will want to hold this man accountable, particularly now that Pretender Biden has just given a vote of confidence to the man who most helped him occupy the White House?  Hardly any. In fact, I’m willing to bet that they will raise him up even higher than they already have.  After all, what Anthony Fauci has done for Democrats goes well beyond the cost of lives, businesses, & freedoms:  it gave them power and that is absolutely priceless to them.

And so, this is how propaganda is meant to work and the American media does it flawlessly, perhaps better than any other fascist/totalitarian/communist regime in the history of the world:  they hide the facts, lie about information, and spin it in the most unimaginable ways in order to advance their agenda.  Those who only look at the face value of the information given to them, without questioning it or even trying to see it from a different angle, will simply accept it as is, no questions asked.

Meanwhile, the rest of us who do see what is happening and why it is happening, wonder if our country can ever recover as we brace for what is sure to come. And it certainly isn’t pretty.